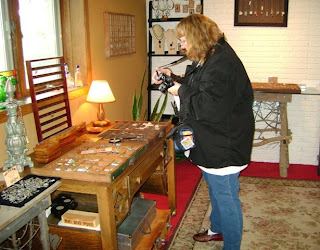 On Wednesday, Kate Burke from the York based paper, "The Advantage" came out to Two Dog Pond to conduct an interview with me. She was quite gracious about listening to me rattle on about soldered glass jewelry, fusing, art camp, chickens, stained glass, etc all in incomplete sentances. When she left I told Sweatshop Worker Lynn that I felt so sorry for Kate who is now going to have to make sense of my rambling, disaddled brain. {I don't know what disaddled means, but it's a good description}. There are so many more talented people out there making art, but I can assure you that no one is having more fun or loves what they are doing more than I do... Kate asked me some questions that my brain (which survived the 70's with minimal damage) didn't wrap around until after she left. She asked me why I came to Nebraska, and who influenced me in my decision to make art (or something like that). The answer is - I was going to college in Missouri and saw a film documentary on R. Marxhausen, an art professor at Concordia University in Nebraska. I decided that I wanted to study under this wonderful man and tranfered. He's an amazing artist who has influenced and inspired many people with his found object art, his perspective on seeing the world, and his enthusiasm. He was in Dallas doing some work with Mary Kay (of Mary Kay cosmetics) and took the time to have lunch with me. While in college he let me teach some of his Art Appreciation classes when he was going to be out of town. He encouraged me and inspired me. 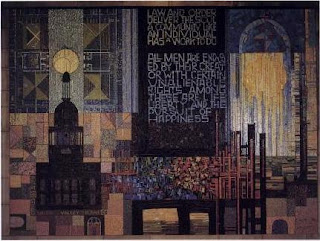 This is a mural that Reinhold Marxhausen did in the State Capital. His murals and art are everywhere. I have one of his "Stardust" sound sculptures. We traded art one time - He gave me the Stardust for a banner I made for his wife. I know I came out way ahead on that deal. I still have some encouraging letters he wrote to me after I graduated. He was so good about keeping up with his students and inspiring long after graduation. You can't say that about alot of College Faculty.

Sadly, he now has Alzheimers. If you would like to see him in his prime, watch this short video of him on the David Letterman Show. He was a guest on the show several times, this is his first appearance. You will quickly see why I loved learning from this man:
http://www.youtube.com/watch?v=_nNKxPIoxiU
Thank you again, Kate, for your patience and for bringing your friend Karen along to shop!

(If someone can tell me how to embed this video, I would be most appreciative!
Posted by Two Dog Pond at 8:45 AM

Labels: Rachel is a spaz

Oh Rachel, how lucky you are to have known Reinhold Marxhausan. The thing I loved about his appearance on Letterman was, at the very end, he danced along to the music! What an incredible person in so many ways.

OH Rachel what a wonderful story and memory to have. Loved the intervew with David Letterman.
Deb 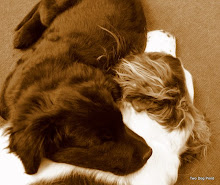 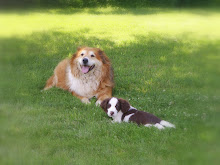 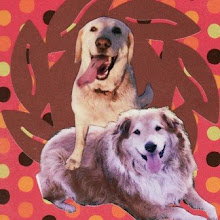